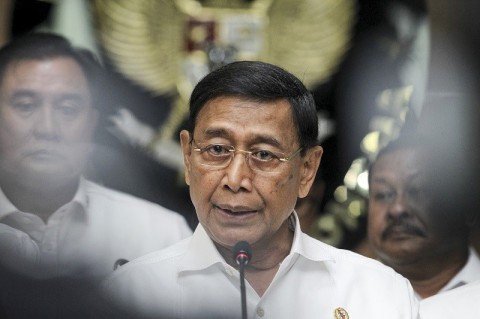 Wiranto was received by Home Affairs Minister Tjahjo Kumolo in front of the RSPAD building. He was then brought inside by the medical team.
BERITA TERKAIT

The retired Army general was attacked with a sharp weapon by an unknown assailant at the Menes Square in Pandeglang, Banten around 11:30 Western Indonesian Time (WIB).

According to reports, someone in black suddenly broke through security shortly after Wiranto got out of his official car. Wiranto immediately fell to the ground. He was then brought to Berkah Pandeglang General Hospital to receive treatment.

At that time, Wiranto wanted to return to Jakarta after attending the inauguration of a joint lecture hall at the University of Matlaul Anwar in Cikaliung Village in Saketi, Pandeglang, Banten.