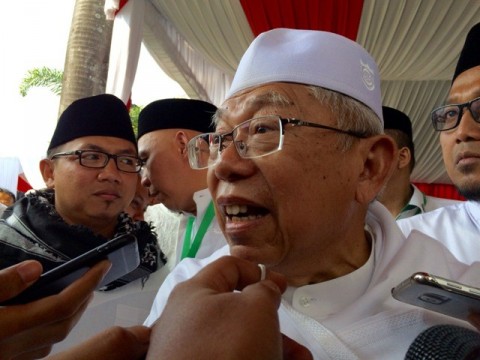 "The vice president has undergone a test, and the result has been declared negative, so he is in good health," the spokesman remarked.
BERITA TERKAIT

Minister Sumadi was last seen attending a cabinet meeting at the Presidential Palace in Jakarta on Wednesday, March 11, 2020.

However, Vice President Amin was not among the attendees at the meeting since he was on a business trip to Lombok and Solo on the same day.

Speaking in connection with the spread of Covid-19, President Joko "Jokowi" Widodo called on the Indonesian community to not venture out of their homes if possible and limit physical meetings with other people as a way of preventing the spread of the virus.

Furthermore, the president has instructed the health ministers and some relevant ministries to step up preventive measures in tackling the issue.

"Today, there is a limited meeting through teleconferencing. There is also a scheduled interview. However, we also limit meetings with guests," he revealed. (Antara)