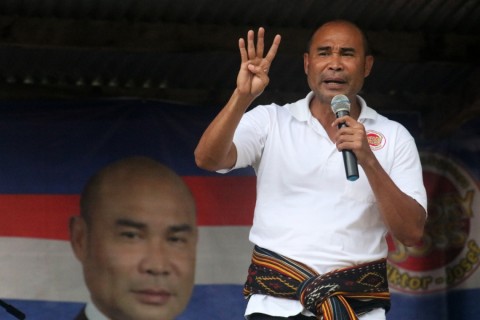 "Governor Viktor Laiskodat has chosen to stay with the people of NTT, and wants to continue to build the region," NTT Nasdem Party politician Sarah Lerry Mboeik told Media Indonesia in Kupang on Monday, October 21, 2019.

Sarah is proud of Viktor's commitment to remain in NTT with the people and to develop the region.

"We respect his decision, and this is what is called a fighter,"she said.
BERITA TERKAIT

Sarah said Jokowi had already chosen Viktor's replacement. His replacement is also from the NasDem party.

Viktor was called several times by Jokowi to discuss one of the ministerial positions. He was last summoned on October 17, 2019.

However, he was said to have returned to Kupang after President Jokowi's inauguration. "Pak Viktor wants to return to NTT immediately," she said.