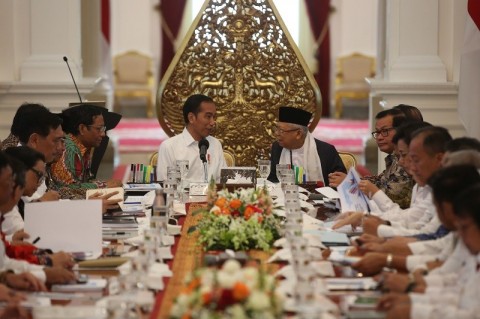 According to the Executive Director of the Indonesian Survey Institute Djayadi Hanan, political stability is key for running the government.  With political stability, the program as well as vision and mission of Jokowi-Ma'ruf can run without obstacles.
BERITA TERKAIT

"That should be used to accelerate these agendas," said Djayadi at the Media Group Complex, Kedoya, West Jakarta on Wednesday, January 22, 2020.

Although Jokowi focused on human resources development, he did not forget the construction of infrastructure which was his strength in his first period.

Jokowi-Ma'ruf Amin was also asked to show concrete evidence and implementation of his work programs.  For example, detailed plans for the elimination of the National Examination, its preparations, and its impacts on students and teachers.

Djayadi added that the government needs to be more open to hear public voices.  The reason is the public is beginning to doubt Jokowi because the still unfinished omnibus bills and the perceived lack of support for anti-corruption activities.