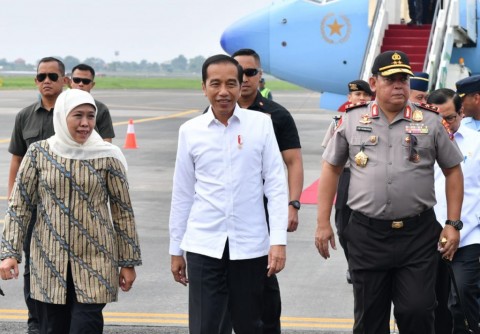 After reviewing the Alugoro submarine, Jokowi is scheduled to head to the submarine production hangar to review the overhaul panel of the KRI Cakra-401 submarine. Jokowi is also scheduled to lead a limited meeting on the policy of developing main weapons systems.