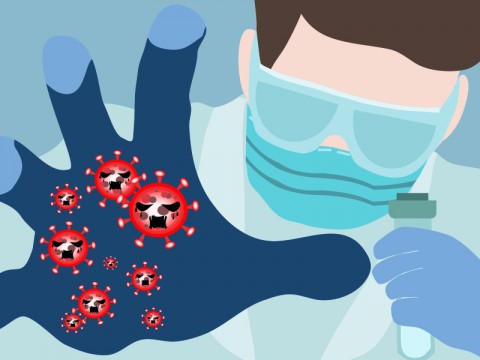 "We salute such a step," Yurianto remarked during a press conference at the Office of the National Disaster Mitigation Agency (BNPB) in Jakarta on Monday, April 6, 2020/
BERITA TERKAIT

The spokesperson believes the initiative was emblematic of community participation.

The government has realized that the covid-19 outbreak should be handled jointly, for which not just the central government but also all members of the community should partake in the efforts.

"This is our common problem, the people's problem. Such community initiative activities demonstrate that we can and we are capable," he stated.

Hence, the government has commended the form of public concern for the plague that has claimed several victims.

"We really laud it, and this can be an example for neighborhood units (RT) and community units (RW) across Indonesia," he stated.

Yurianto also cited the example of another initiative taken to handle the COVID-19 crisis that deserved applause and praises.

"There are groups of the Family Welfare Movement that sew cloth masks," he revealed.

The spokesperson noted that the community group was able to produce 240 thousand masks in a week by utilizing raw materials procured from village funds and distributed to the community.

"This is an extraordinary step. The group of isolated people, with sewing skills, could be productive, if we provided them machines and cloth for making masks," he added. (antara)