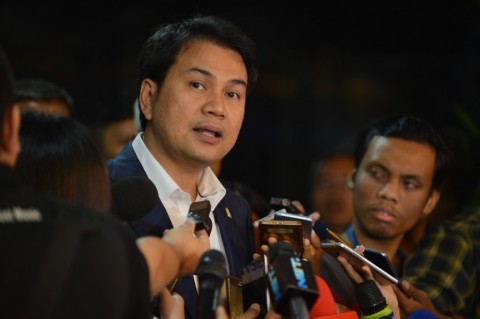 Jakarta: The Corruption Eradication Commission (KPK) is planning to summon Deputy Speaker of the House of Representatives (DPR) Azis Syamsuddin in the near future, KPK spokesperson  Ali Fikri has stated.

"He will be summoned as a witness in the near future," said the KPK spokesman in a written statement issued on Friday.
BERITA TERKAIT


According to the KPK official, he will be questioned as a witness in a bribery case involving KPK investigator Steppanus Robin Pattuju.

Considered as a key witness, Azis was the one who introduced Robin to inactive Tanjungbalai Mayor M Syahrial.

"The exact date will be informed later," Ali said.