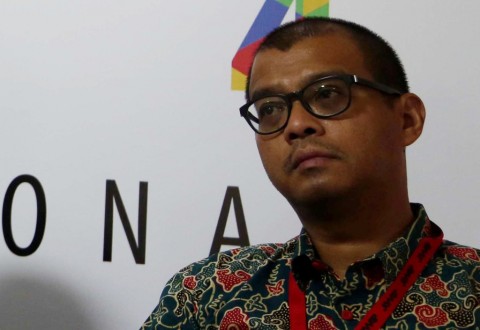 Widjajanto's inauguration was based on Presidential Decree (Keppres) Number 21 P of 2022 on the appointment of Governor of Lemhannas dated February 21, 2022.
BERITA TERKAIT

"That in carrying out my duties, I will uphold the ethics of my position, work as well as possible, with a full sense of responsibility. May God help me," the new governor of Lemhannas noted while reading the pledge of his new post as guided by the president.

Widjajanto succeeds Lt Gen. (Ret.) Agus Widjojo, as the Lemhannas governor. Widjojo is currently the Ambassador Extraordinary and Plenipotentiary of Indonesia to the Philippines.

Widjajanto had served as cabinet secretary during the 2014-2015 period.

Widjajanto studied International Relations at the University of Indonesia (UI) in 1996 and is a permanent lecturer at the UI campus.

He also holds a bachelor's degree from the University of London's School of Oriental and African Studies (SOAS) and Master of Science (M.Sc) degree from the London School of Economics and Political Science (LSE), as well as from the Industrial College of Armed Forces in Washington DC, the USA.

Currently, he is pursuing a doctorate in international relations at the S. Rajaratnam School of International Studies (RSIS) in Singapore.

Born in September 1971, Widjajanto served as deputy of the Joko Widodo-Jusuf Kalla (JK) government's Transition Team and was tasked with preparing for the transition of the government from President SBY to Jokowi-JK.

Since 2016, he has been appointed as senior advisor to the Presidential Chief of Staff.