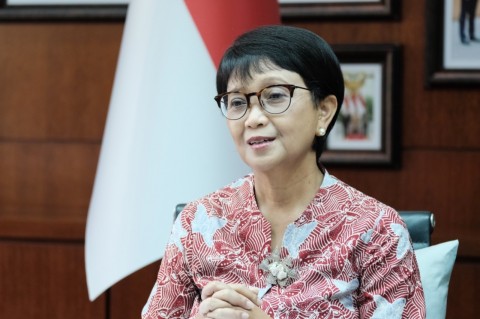 According to the United Nations (UN) agency, these countries have been vetted by a group of experts and proved that they have the capacity to absorb the technology and, with targeted training, move to production stage relatively quickly.
BERITA TERKAIT

"Indonesia is one of the countries that continuously supports vaccine equity and equal access to COVID-19 vaccines for all countries, including through transfer of vaccine technology and know-how to developing countries," said Retno Marsudi, Minister of Foreign Affairs of Indonesia, in a press release on Wednesday.

"This transfer of technology will contribute to equal access to health countermeasures, which will help us to recover together and recover stronger. This is the kind of solution that developing countries need. A solution that empowers and strengthens our self-reliance, as well as a solution that allows us to contribute to global health resilience," she added.

Meanwhile, Argentina and Brazil have been the first countries from the region of the Americas to receive mRNA technology from the global hub in South Africa, joining the initiative in September 2021.

Companies from Argentina and Brazil are already receiving training from the technology transfer hub.

Numerous countries responded to the call for expressions of interest from the technology transfer hub in late 2021.

WHO will provide support to all of the respondents but is currently prioritizing countries that do not have mRNA technology but already have some biomanufacturing infrastructure and capacity.

WHO will enter into discussions with other interested countries and other mRNA technology recipients will be announced in the coming months.