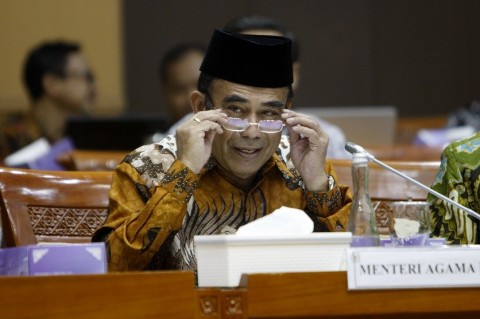 "The result of the test is positive. However, he is in good physical condition. He does not have any worrying symptoms," the minister's special staff Kevin Haikal said here on Monday.
BERITA TERKAIT

"we urge the public to pray for him. We hope that he can recover soon. He can return to work if the result of his test is negative," the official explained.

According to the official, the minister is currently undergoing self-isolation. He has temporarily delegated his work to Deputy Minister of Religious Affairs Zainut Tauhid. He has also given instructions to other ministry officials.

The Indonesian government has announced it is currently focusing on flattening the covid-19 infection curve in nine provinces with the highest transmission rates.