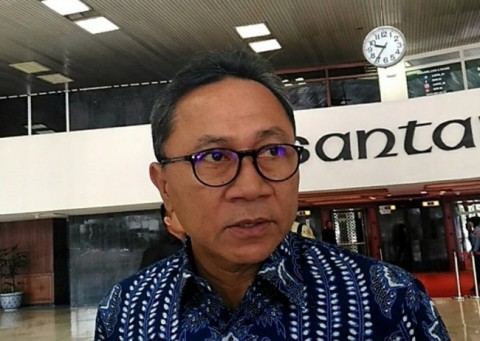 PAN chairman Zulkifli Hasan (Photo:Medcom.id/Ilham Wibowo)
Jakarta: The Corruption Eradication Commission (KPK) summoned the Chairperson of the National Mandate Party (PAN) Zulkifli Hasan. Zulhas will be examined as a witness in an alleged bribery case related to revision of forest function conversion in Riau in 2014.

Zulhas was summoned in his capacity as a former minister of environment and forestry. Investigators also summoned the former Director of Forest Area Planning at the Ministry of Environment and Forestry, Marsyud.

This case is the development of the results of a sting operation (OTT) in 2014. The KPK named the Governor of Riau 2014-2019 Annas Maamun and the Chairperson of the Indonesian Palm Oil Farmers Association (Apkasindo) Gulat Medali Emas Manurung as suspects at the time.

Surya Darmadi is suspected to be a legal owner of a corporation that is suspected of benefiting from his crimes. Criminal liability is given to individuals and corporations.