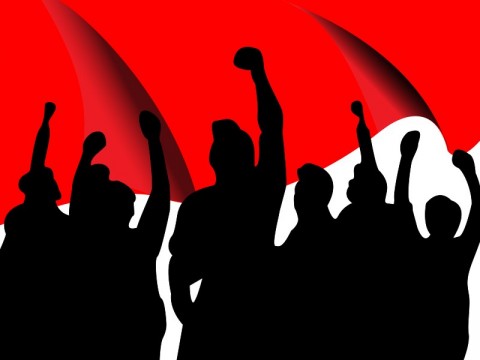 "These violent actions will only create chaos and fear," he added.

On Thursday, clashes broke out between police and protesters during anti-Job Creation Law rallies in several regions in Indonesia. According to reports, the incidents injured dozens of protesters and police officers and damaged many public facilities and buildings.

On Monday, supported by almost all parties at the parliament, the Indonesian House of Representatives (DPR) passed the Omnibus Bill on Job Creation into law.

However, the controversial law is strongly opposed by labor unions and activitsts, citing lack of protecion of labor rights.

"We will also take action against groups that take advantage of these violent protests," he stated.