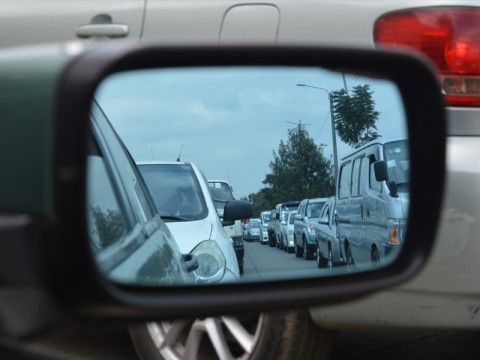 This year, the Indonesian government has allowed people to travel to their hometowns to celebrate Eid al-Fitr (Photo:Medcom.id)
Jakarta: The National Police (Polri) will continue to evaluate the implementation of traffic engineering on toll roads to prevent traffic congestion during the Eid homecoming exodus, National Police Chief General Listyo Sigit Prabowo stated.

"We continuously evaluate traffic engineering efforts, so that we can solve the problem of traffic jams properly," Prabowo noted in a written statement received here on Friday.
BERITA TERKAIT

Traffic Corps of the National Police implemented traffic engineering, such as the odd-even traffic rule and the one-way traffic plan since Thursday, April 28, 2022, starting from kilometer 47 of the Cikampek toll road to kilometer 414 of the Kalikangkung toll road, Semarang, Central Java.

He directly reviewed the implementation of traffic engineering on toll roads during the peak of the Eid homecoming exodus on Thursday night.

Based on the results of the review, he pointed to an increase in the number of vehicles. Thus, several traffic engineering efforts were being implemented, right from contraflow to one-way systems.

"Last night, we implemented the one way system, which was initiated with contraflow. The one-way (system) was implemented from 17:00 to 24:00 local time. However, because it (the traffic) was high, we extended the implementation of the one-way system to before suhoor time," he explained.

"These were implemented to ease the flow from East Java, Central Java, and West Java to Jakarta to the Sumatra area," he stated.

This year, the Indonesian government has, for the first time since the COVID-19 pandemic struck, allowed people to travel to their hometowns to celebrate Eid al-Fitr in view of the improving pandemic situation in the country.

According to a survey conducted by the Ministry of Transportation, 85.5 million citizens will partake in the Eid homecoming exodus this year.