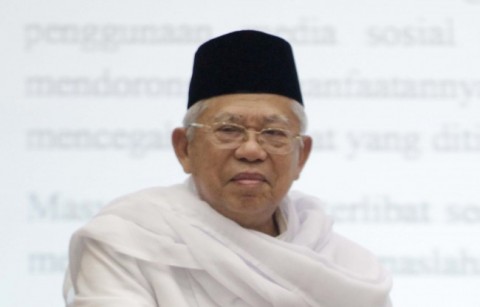 Amin conveyed the statement in his remarks at the inauguration of the Food Research Facility at the National Research and Innovation Agency's (BRIN's) Food Technology and Process Research Center (PRTPP) as the Indonesian Halal Research Referral Laboratory in Playen, Gunungkidul, here on Friday.
BERITA TERKAIT

The vice president pointed out that the most competitive countries were those that invested in research and development to make innovations.

Hence, Amin did not find it surprising that the share of gross domestic product (GDP) allocated for research and the number of researchers globally had been increasing.

The vice president noted that as per the statistical agency of UNESCO, global spending on research and development had reached US$1.7 trillion, which is the highest figure in history.

"Currently, the budget that we have allocated for research and development has not even reached one percent of our GDP," he added.

Amin pointed out that in comparison, South Korea, one of the leading countries in the field of innovation, spends 4.1 percent of the GDP on research and development. He drew attention to the fact that if South Korea has around 6,800 researchers per one million population, then in comparison, Indonesia only has 89 researchers per one million population.

Meanwhile, in the Global Innovation ranking in 2021, Indonesia was placed 14th among Southeast Asian and East Asian countries and 87th globally, or down by two spots from 2020.

According to Amin, the drop in ranking has given a signal that Indonesia should promptly take action.

The vice president emphasized that research and development are the lifeblood that determined business continuity as it will support the creation of products and services according to the development of community needs as well as new methods or processes that are more efficient.

Research and innovation underlie business growth and job creation that will drive the country's economic growth.

He noted that the presence of BRIN's halal research facility and international-standard laboratory had given hope to Indonesia that BRIN, along with other stakeholders, would continue to advance research and innovation in the country.