At Least 23 Injured after Fire at Balongan Oil Refinery 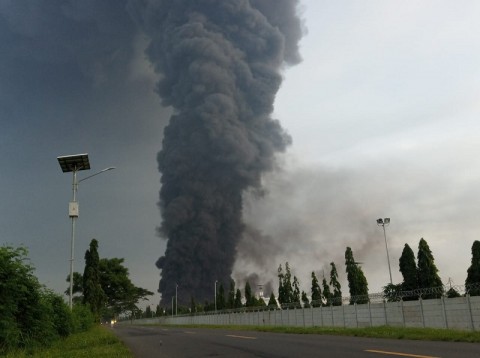 Indramayu: A massive fire at an oil refinery in Balongan, Indramayu, West Java has injured at least 23 people and led to the evacuation of around one thousand nearby residents.

"Those five people are nearby residents. Most victims are also locals. They were near the site at the time," the police general explained.

The Balongan Oil Refinery has been operation since 1994. It is managed by the Refinery Directorate of PT Pertamina.

Its main activity is processing crude oil into fuel oil, non-fuel oil and petrochemicals. Some od its products are premium, pertamax, pertamax plus, diesel, Pertamina Dex, kerosene, and LPG.