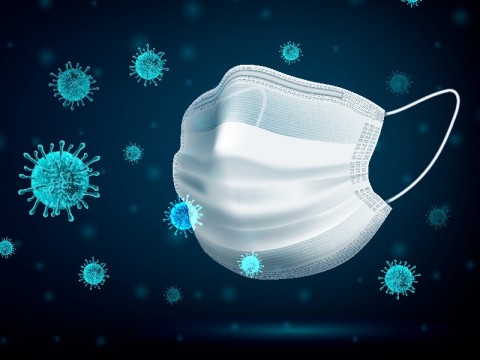 "We will continue to tighten health protocols, especially wearing masks, amid the increase (in the number) of cases. We will tighten the regulation again," Amin noted in Mataram, West Nusa Tenggara (NTB), Friday.
BERITA TERKAIT

On May 17, 2022, President Joko Widodo (Jokowi) had announced that people were allowed to take off their masks in open spaces since COVID-19 transmission in Indonesia was considered to be under control.

"We already have the measurements for categorizing each region based on the COVID-19 condition. We were already at level 1, but we must increase it if there was an increase in cases. We would adjust the restriction as well," Amin stated.

However, the vice president was optimistic to not increase the level of restriction in the community.

"We do not want to reduce the people's mobility since it will greatly affect our economic development that has recovered," he emphasized.

Amin also called on local governments to control the number of positive cases in each region through measures including by accelerating vaccination.

"Regional approach is needed to control the (increase in) COVID-19 cases. We could expedite vaccination to build better immunity in our people," he remarked.

Health Minister Budi Gunadi Sadikin had earlier estimated that cases of COVID-19 in Jakarta Province would peak in the near future.

"Jakarta is the most affected by Omicron. In my opinion, Jakarta will soon reach its peak," Sadikin noted in a press statement at his office in Jakarta, Wednesday, June 29.

Reflecting on the Delta wave that occurred in Indonesia in July 2021, Sadikin noted that the peak of COVID-19 cases would occur when the virus variant dominated more than 80 percent of the total population.