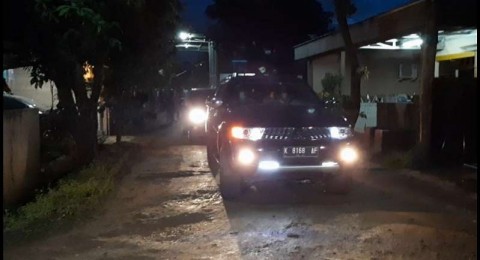 "My mother and other relatives did not go to prison," said Abdul Rahim.

According to him, the 82-year-old cleric is healthy and will stay at his home in Sukoharjo, Central Java province.

"We are still on the way to Sukoharjo," he stated.

Following the JI-perpetrated Bali Bombings in 2002, it was added to the UN Security Council Resolution 1267 as a terrorist group.

Although Ba'asyir was linked to the Bali Bombings, he was never convicted for the bombings and denied the ties.

In 2011, he was imprisoned for 15 years for his links to a militant training camp in Aceh province.

After receiving periodic reductions in his jail term, the controversial cleric served around 10 years in prison.