KPK Assures that Dismissal of Employees Will Not Affect Its Performance 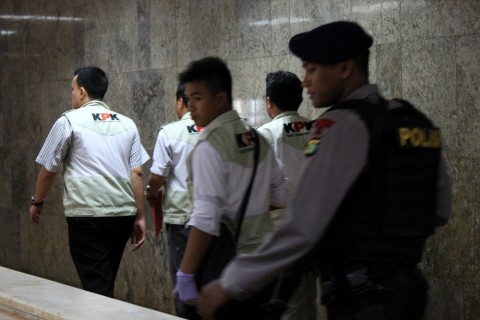 Jakarta : The Corruption Eradication Committee (KPK) has said that investigations will not be affected by the dismissal of 51 employees who failed their national insight test (TWK).

According to Deputy of Enforcement of KPK, Karyoto, an investigation depends on the availability of witnesses not investigators.
BERITA TERKAIT


“If there are eight task force officers and three are unavailable, the five others are still available,” Kartoyo explained here on Wednesday.

According to him, KPK investigators do not rely on each other because they have cutting-edge capabilities in searching for evidence.

"So it is not dependent on whether or not this or that is available, it is not like that," said Kartoyo. (Translator: Natasha Celia)