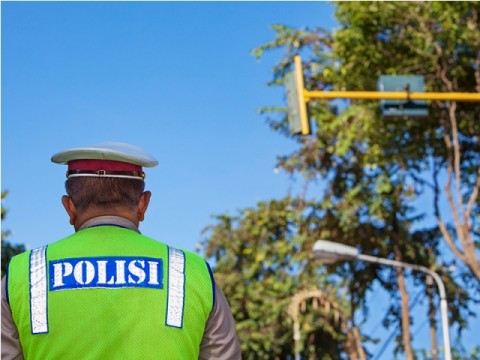 Illustration (Photo:Medcom.id/M Rizal)
Jakarta: Deputy Chairman of Commission III of the House of Representatives (DPR) Ahmad Sahroni called on the National Police to focus on serving and protecting the public amid the covid-19 outbreak.

It would be better if the police were to focus on helping people facing difficulties to proffer a sense of safety and protection, the lawmaker from the NasDem Party stated here on Tuesday, April 7, 2020 in connection with a telegram letter of the National Police Chief ordering strict actions against those insulting the president and other government officials in responding to the covid-19 crisis.
BERITA TERKAIT

Sahroni reminded that Indonesia is a democratic nation, so the people were entitled to air their critical views on the president and government.

Sahroni pointed out that based on the current alarming scenario, the police must instead prioritize and remain fully committed to offering services and protection to the community at large.

"The police must remember that they are paid by the people and are working for the people. In a difficult situation as today, the police must instead be at the forefront in protecting and serving the people," he emphasized.

He cautioned that the telegram, addressed to the Police's Crime and Investigation Department (Bareskrim) head and the provincial police chiefs across Indonesia, could potentially lead to an "abuse of power".

"This rule is very dangerous. This has the potential to become an 'abuse of power' as even minor criticism could lead to the police taking immediate action," Sahroni noted in a statement.

Instead of focusing on dealing with criticism against the government or president, he urged the police to help in enforcing the rule to wear face masks and practice the social distancing measure in public areas amid the pandemic.

"Those are more useful for the National Police to do so," he stated. (antara)