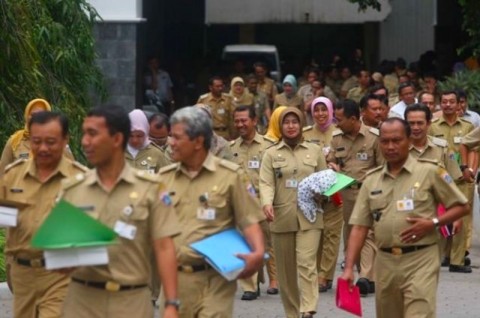 Tjahjo said the 118 thousand civil servants must be ready to change duties. While those who have retired will be replaced by new ASN. Tjahjo said, 16 to 17 percent of all ASN personnel will retire in 2023-2024.

"From those who retire from the central ASN, they will be taken from central recruitment or taken from regional recruitment. Because this is a smart capital city. Smart city, smart government, must also be supported by its smart ASN," said the former Minister of the Interior (Mendagri).

Tjahjo said that the cost of moving civil servants will be handled by the government. However, Tjahjo has not been able to elaborate on the total budget needed, both the cost of accommodation or ASN residence.

"Just bear anything you don't know. We just arrange it," he said.

The government will move the capital to parts of North Penajam Paser Regency and in parts of Kutai Kartanegara Regency, East Kalimantan. The location contour of the new capital city is hilly because it is a former industrial forest with an area of 256 thousand hectares with a core area of 56 thousand hectares.

Of that amount, the portion of the State Budget (APBN) reaches Rp89.4 trillion or 19.2 percent. The rest, relying on Government Cooperation with Business Entities (KPBU) Rp253.4 trillion or 54.5 percent, the private sector including SOEs Rp123.2 trillion or 26.4 percent.