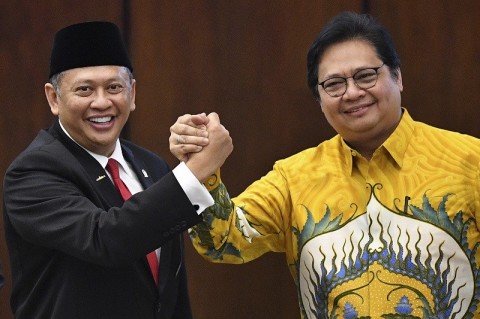 "In order to preserve the spirit of reconciliation and maintain the unity of the party, I decided to end my bid for Golkar Party chairman for 2019-2024 period," the Golkar Party lawmaker said here on Tuesday, December 3, 2019.
BERITA TERKAIT

He hopes that his decision can help maintain the party's unity. He urged his supporters to reconcile with other party members.

"We no longer have Bamsoet's side or Airlangga Hartarto's side. We all support Golkar and Indonesia," he stressed.