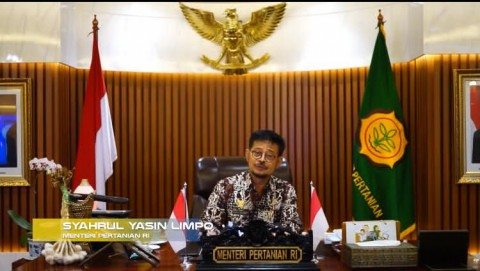 The Minister of Agriculture has proven to be able to maintain the quantity of food production in the last three years, especially rice commodities.
BERITA TERKAIT

These positive results have enabled Indonesia to avoid the threat of a global food crisis.

The Head of State said that the national rice production was so abundant that it even exceeded the domestic demand since 2020. Indonesia no longer imports rice as it did in previous years.

"Because the stock is always there and we haven't imported rice for three years. Usually we import 1.5 million to 2 million tons. This is no longer needed. The Minister of Agriculture (Shahrul Yasin Limpo) is here. Thank you, Minister. , said the president.

However, Jokowi advised the Agriculture Minister not to be complacent.

According to him, there are many other staple foods that are also needed, and unfortunately not many can not even be produced in the country, for example wheat.

"We import very large amount of wheat, 11 million tons. Be careful, there is a war in Ukraine," said Jokowi.