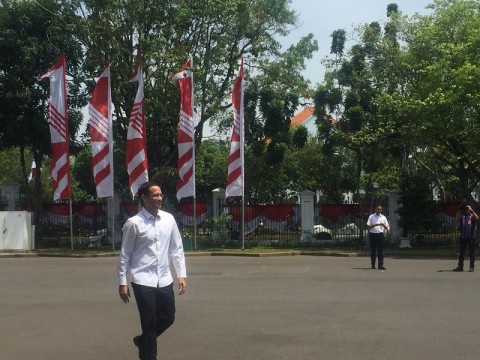 Nadiem arrived around at around 10:15 Western Indonesian Time (WIB). Nadiem said he was asked by the President to wear a white shirt.

Christiany did not say much when asked why he arrived at the Presidential Palace. While Mahfud claimed to have been summoned by President Joko Widodo.

"I was summoned," Mahfud told reporters before entering the Presidential Palace.

Jokowi still has not revealed the names of his new ministers. He asked all parties to wait patiently for the announcement. Jokowi hinted that there will be some ministers retained from his first cabinet as well as new members.