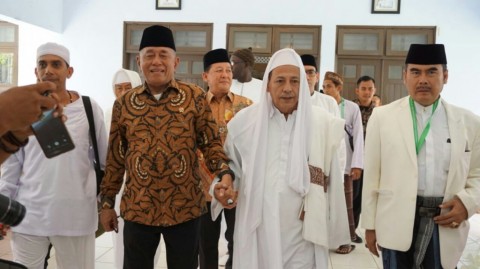 A number of influential politicians will also become Jokowi's advisors. They include the former Chair of the Hanura Party as well as the former Coordinating Minister for Political, Legal and Security Affairs Wiranto; Indonesian Democratic Party of Struggle (PDI-P) politician Sidarto Danusubroto; Party of Functional Groups (Golkar) politician Agung Laksono; and former Minister of Manpower who is also a NasDem politician Siswono Yudo Husodo.

People's Conscience (Hanura) Party chairman Oesman Sapta Odang (OSO) rejected a position on the Wantimpres for the 2019-2024 period offered by President Joko “Jokowi” Widodo. He prefers to focus on managing the party.

"I am very grateful for the President's admiration (Joko Widodo). But I will continue to be with my colleagues," OSO said at the Presidential Palace Complex, Central Jakarta on Friday, December 13, 2019.

According to him, he was not allowed to concurrently hold the position of party leader. Nevertheless, he guaranteed to continue to support the Jokowi-Ma'ruf government for the next five years.