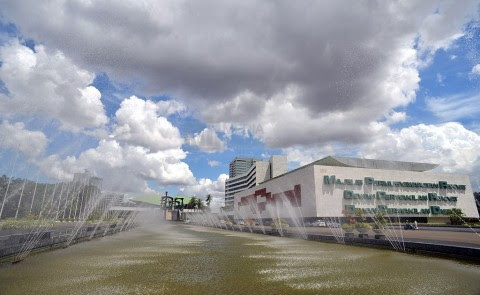 The Parliament Complex (Photo:MI/Susanto)
Jakarta: The House of Representatives Commission I overseing information, defense, foreign and political affairs is to summon Facebook Indonesia to explain about the Facebook-Cambridge Analytica data scandal.

"We will have a presentation. We will hold an open hearing," said House Commission I head Abdul Kharis Almashari at the Parliament Building Complex on Tuesday morning.
BERITA TERKAIT

"We will ask the main cause of the leakage. We will study the most effective solution for this issue," he added.

Facebook recently revealed the personal data of up to 87 million users was improperly shared with Cambridge Analytica. It also mentioned that about one million of them are Indonesia-based.

"Any misusage of data can be considered as a violation of the ministerial decree on personal data protection or electronic information and transactions law. The perpetrator may be given an administrative sanction, 12 year jail term or Rp12 billion fine," Indonesian Communication and Information Minister Rudiantara  told Medcom.id earlier thhis month.

"The ministry has contacted Facebook since the emergence of the Cambridge Analytica case. I myself called Facebook around ten days ago," he added.