Supervisory Board Will Not Hinder KPK: Tumpak 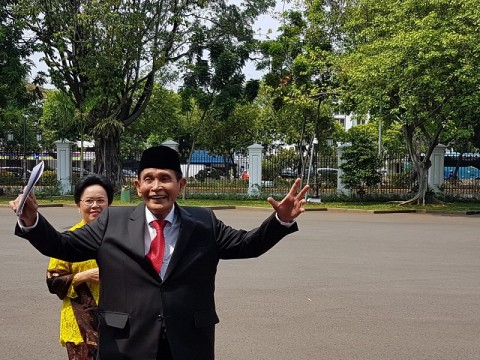 The Head of KPK's Supervisory Board Tumpak Hatorangan Panggabean (Photo:Medcom.id/Damar Iradat)
Jakarta: The Supervisory Board of the Corruption Eradication Commission (KPK) reiterated its commitment to help fight corruption. The agency said that it will not disturb KPK's activities.

"You should not worry. That is not true. We will not hinder KPK," the head of KPK's Supervisory Board Tumpak Hatorangan Panggabean said here on Tuesday, January 14, 2020.
BERITA TERKAIT

"It only took several hours," he added.

According to him, the members of the supervisory board have agreed that any permit should be decided in 24 hours or less. In addition, the group is currently developing an online application to expedite the process.