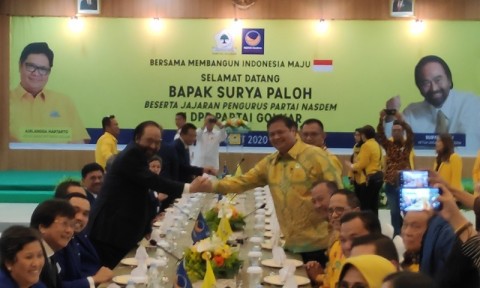 "Golkar and NasDem hope that the current synergy can be maintained so it can produce good outputs, including successful regional elections," NasDem Party chairman Surya Paloh said at the Golkar Party headquarters, Slipi, West Jakarta on Monday, March 9, 2020.
BERITA TERKAIT

Surya revealed that the two political parties only talked about the upcoming local elections during the meeting. He explained that the 2024 presidential race was not discussed in the meeting.

Besides the upcoming regional elections, the two political parties also talked about a number of political issues, including the proposed Omnibus Law on Job Creation.