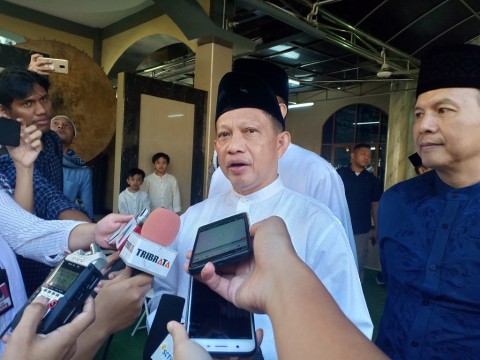 “The risk of radicalism is quite concerning and massive. However, Tito will be capable enough of ensuring that radicalism will not influence our civil servants," said Stainlisius in Jakarta on Wednesday, October 23, 2019.

“Tito received two awards when he was the National Police chief especially for reforming the national police system and for his exceptional capabilities in combating terrorism," he said.

President Joko "Jokowi" Widodo has officially appointed Tito Karnavian as the Interior Minister for the 2019-2024 period. Tito has been tasked with ensuring cooperation with regional governments.

“He will also be tasked with simplifying regional regulations to boost foreign and domestic investment,” said President Jokowi during the announcement. (Translator: Muhammad Gestinev)