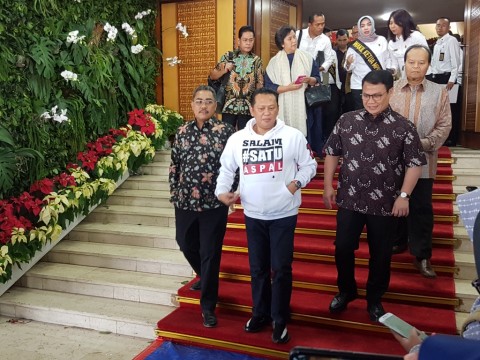 "I ask to all my colleagues. We must maintain unity starting from today," Bamsoet said here on Wednesday, December 4, 2019.
BERITA TERKAIT

He hopes that his supporters can accept his decision to withdraw from the party's chairman election. He praised their commitment in campaigning his bid.

"Our victory was very close. But we need to do this. We need to priotize the bigger goal namely the party's unity," the People's Consultative Assembly (MPR) speaker explained.

The party will hold its tenth national congress from December 3-6, 2019 at Ritz Carlton Hotel in Jakarta. The party's election will take place on Thursday, December 5, 2019.