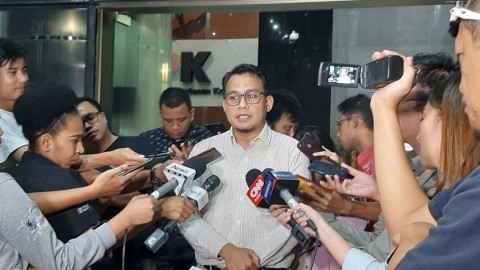 Jakarta: The Corruption Eradication Commission (KPK) conducted an arrest operation (OTT) in Probolinggo, East Java. A number of peoples were transported by investigators from the Anti-Corruption Agency during the silent operation.

"Several parties are suspected of being the perpetrators of corruption in the East Java region," said KPK spokesman Ali Fikri in a written statement, Monday, August 30, 2021.
BERITA TERKAIT


Ali could not specify the individual involved in this arrest. The OTT team is still busy asking for information from the culprit.

The Anti-Corruption Commission asks the public to be patient. They promised to reveal the suspects in the silent operation.

"The team is still working, and we will make sure we will inform you of the progress later," said Ali.

The KPK has 1x24 hours to determine the status of the suspect. The anti-corruption institution asked for time to carry out an investigation.