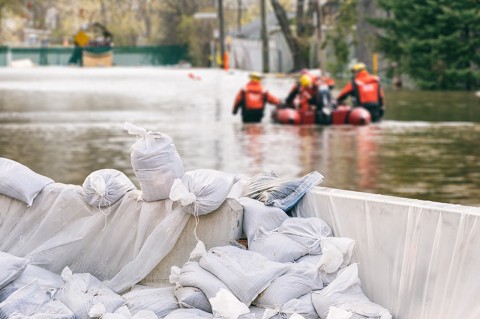 "We have deployed officers to the flood-hit villages to distribute 420 packs of food and mineral water to 420 flood victims, or 64 families, in Haruru Village,” Bob Rahmat, head of the Central Maluku Disaster Management Office (BPBD), stated here on Wednesday.
BERITA TERKAIT

The 420 people displaced by the flooding were currently taking refuge in schools, mosques, and churches, he noted.

In Waitetes Hamlet, Makariki Village, 33 families, comprising 167 people, were displaced by the flooding. The local authorities had offered food to them.

In Simalou Hamlet (Km 9), 20 families comprising 102 people were evacuated to higher ground owing to the flooding.

The floodwaters, however, began receding on Tuesday evening, he noted.

Rahmat attributes the flooding to also be triggered by a poor drainage system and construction of infrastructure and settlement areas on lands that were water catchment areas. (antara)