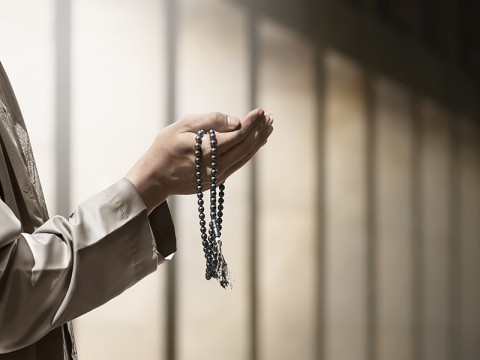 Hajj pilgrims should not be older than 65 years of age as of June 30, 2022, and be vaccinated against COVID-19. (Photo: medcom.id)
Jakarta: The Directorate of Hajj and Umrah at the Ministry of Religious Affairs has released the names of Indonesia's regular pilgrims, who are eligible to depart for the 2022 Hajj pilgrimage.

The names of eligible Hajj pilgrims can be accessed through www.haji.kemenag.go.id.
BERITA TERKAIT

Latief remarked that the list of names had been announced and distributed to all representative offices of the Ministry of Religious Affairs in all provinces.

Latief explained that the verification process is conducted by ensuring that all prospective pilgrims meet the requirements set by the Government of Saudi Arabia.

He urged eligible pilgrims to prepare themselves for the pilgrimage.

"Do not forget to confirm the departure with the bank where you registered," he emphasized.

The quota has decreased as compared to before the pandemic period. Hence, there are some people, who have fully paid for the pilgrimage in 2020 and still cannot depart this year.

Speaking in connection with the Hajj fund, Latief clarified that the fund was no longer managed by the ministry but by the Hajj Financial Management Agency (BPKH).

He remarked that the Ministry of Religious Affairs only manages the cost of Hajj for the current year after having discussed and reaching a consensus with Commission VIII of the House of Representatives and BPKH.

"Inshallah (if God wills), the entire process of managing the cost of organizing the pilgrimage is conducted transparently and is aimed at providing the best benefits to Indonesian pilgrims," he remarked.