Most Acute Hepatitis Patients in Jakarta Aged Under 16: Vice Governor 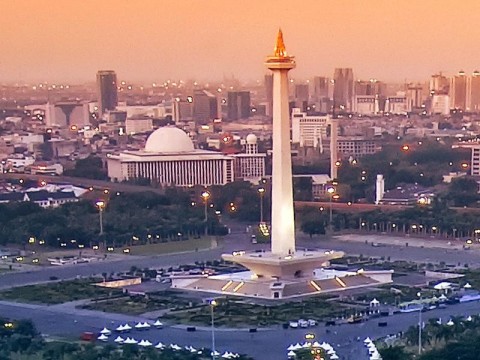 Jakarta's National Monument Square (Photo: Medcom.id)
Jakarta: Deputy Governor of Jakarta Ahmad Riza Patria stated that most people with suspected acute hepatitis in the capital were under 16 years of age.

"Of the 21 cases, 14 patients, including three who died, were below 16 years of age," Patria stated at the Jakarta City Hall, here on Thursday.
BERITA TERKAIT

Meanwhile, seven others suspected to have contracted acute hepatitis were over 16 years of age, he noted.

He later revealed that the hepatitis examination was still underway for as many as 14 cases. Hence, they are still not classified as having contracted hepatitis A to E.

"They have not completed their Hepatitis A to E examination. All cases are still in the pending classification status," Patria remarked.

Meanwhile, seven other people, who were over 16 years old, did not meet the World Health Organization's (WHO's) criteria as an alert for severe acute hepatitis of unknown cause.

Earlier, on April 23, the WHO stated that there were cases of acute hepatitis of unknown cause in children.

The WHO calls it an outbreak of the disease that was reported in 11 countries, with the number of reports as of April 21, 2022, reaching 169 cases.

A spokesperson for the Ministry of Health, Siti Nadia Tarmizi, stated that until now, as many as five people, who had died in the country, were suspected of having contracted acute hepatitis, with three victims coming from Jakarta.

Currently, the Ministry of Health is investigating the causes of acute hepatitis through a complete viral panel examination.

The Jakarta Health Service has accelerated intervention steps by strengthening early warning to anticipate the transmission of acute hepatitis of unknown cause.

The service has monitored 17 infectious diseases, including hepatitis, since 2002 that were reported from every hospital or health facility.