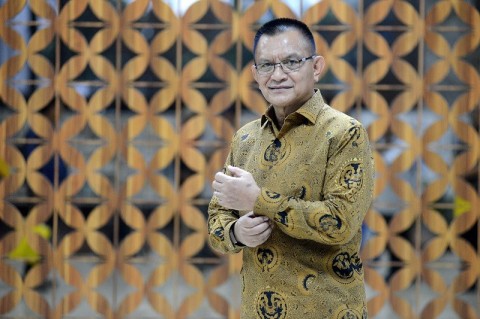 "We hope that all other parties will join this coalition," said Golkar Party Secretary General Lodewijk F Paulus at the Parliament Complex, Senayan, Jakarta, on Tuesday, May 17, 2022.

Lodewijk believes the coalition will be able to expand its membership and cooperate with other politicial parties.

"The three chairmen have met so it is a serious coalition," said Lodewijk.

Airlangga, Zulkifli, and Soeharso held a meeting at the Heritage House, Gondangdia, Jakarta, on Thursday, May 12, 2022.
BERITA TERKAIT

During the meeting, it was agreed that the three political parties would work together ahead of the upcoming 2024 general elections.