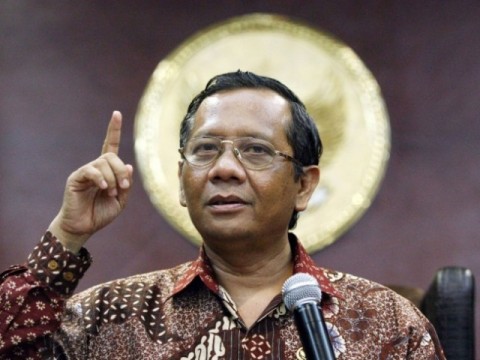 "As the President has mandated, we must build Indonesia from the periphery, from villages and outermost islands, to gradually achieve equitable development. We must at least reduce the development gap between cities and villages," Mahfud noted in his statement here on Wednesday.
BERITA TERKAIT

The coordinating minister had earlier visited Miangas Island, Talaud Islands District, North Sulawesi, on Tuesday (May 24) to inspect public facilities and visit the planned site for the National Alms Agency's (Baznas') health centre on the island.

Mahfud is accompanied by the Home Minister concurrently Head of the National Agency of Border Management (BNPP) Tito Karnavian for the visit to the northernmost island in Indonesia.

"We will continue to maintain the outermost islands, as mandated by the Constitution and the president," he stated.

He expounded that the government remains committed to maintaining national sovereignty and Indonesia's honor as an independent nation.

"Fulfill the Constitutional mandate by maintaining our sovereignty to decide our own fate, including to enforce our legal sovereignty to maintain our honor as an independent nation," the coordinating minister remarked.

Meanwhile, the home minister said that the authority will follow up on all suggestions raised by residents to boost development in border regions.

"Regarding suggestions and proposals (from residents), such as to improve the educational, fishery, and other facilities, we will follow up by coordinating with ministries and institutions in the central government. We hope that through togetherness and solidarity, Miangas Island will become more advanced," Karnavian stated.

During the government ministers' visit, symbolic assistance was handed over to the islanders and a memorandum of understanding on the construction and management of the Baznas health centre in Miangas was inked between Baznas and the Talaud District authority.