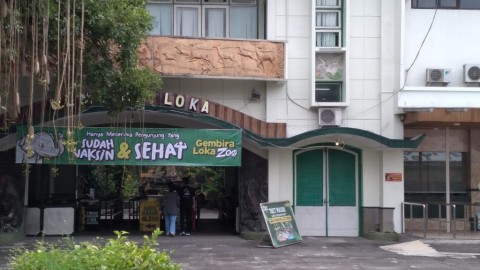 Yogyakarta: The Yogyakarta Tourism Office has said that it expects three tourist attractions that will receive tourists as part of a trial reopening amid Level 3 community activity restrictions to enforce the health protocols.

Head of the Yogyakarta Tourism Office Singgih Raharjo said in Bantul on Tuesday that he had received a circular from the deputy for industry and investment of the Coordinating Ministry for Maritime Affairs and Investment stating that of the 20 tourist attractions that have been selected to reopen on a trial basis in Java, three are in Yogyakarta.
BERITA TERKAIT


The three tourist attractions in Yogyakarta Province that will open on a trial basis are the Sari Pine Forest tourist area in Mangunan, Bantul District, the Yogyakarta Gembira Loka Zoo, and the Breksi Cliff in Sleman District, he informed.

"I expect that the three tourist attractions will truly have a commitment to enforce the regulations," Raharjo commented after reviewing covid-19 vaccinations for tourism players at Bantul Water Park.

The three tourist destinations have been selected as they are equipped with supporting facilities for implementing the health protocols, and they have also received CHSE (Cleanliness, Health, Safety, and Environment) certification from the Tourism and Creative Economy Ministry, Raharjo said.

"And I hope that later there will be additional tourist trial locations in the Yogyakarta area, because what we know is not only three destinations that have received CHSE, but there are several more and now we are in the process of getting CHSE in 2021," he added.

Except the three destinations, all other tourist destinations will remain closed, and tourists will be prohibited from visiting them, he stated.

He said he expected the public to also comply with the policy.

"I really regret that there are tourists in tourist attractions which status are still closed. And this is (where) the participation of the community as well as tourists (comes into play), so that they refrain from carrying out tourism activities that are a gathering or in groups," Raharjo remarked.