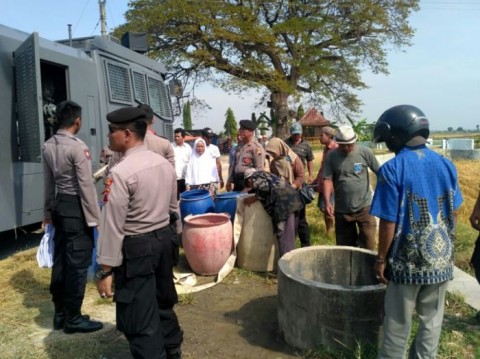 "Guntur area is the only place that is safe from drought conditions," Demak BPBD head Agus Nugroho said here on Wednesday.
BERITA TERKAIT

According to him, the same issue is also reported by other regencies in Central Java Province, including Jepara, Pati, Grobogan and Pekalongan.

"The Demak BPBD and the Demak Regency administration have prepared 5,000 liters of fresh water to anticipate the impacts of the drought conditions," he explained.

Meanwhile, the rainy season in Indonesia will start gradually at the end of October, especially in the western part of Indonesia. (Akhmad Safuan)