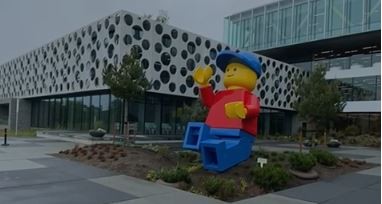 Lego Campus (Photo: KBRI Kopenhagen)
Jakarta: Earlier this month, The Ambassador of Indonesia to Denmark and Lithuania, Dewi Wahab, took part in the Ambassador's Day activities that were organized by Lego Group.

On the occasion, besides getting to know more about the Lego Group and visiting Lego Campus, Ambassador Dewi also held a meeting with the CEO of Lego Group, Niels B. Christiansen and the CEO of Lego Foundation, Anne-Birgitte Albrechtsen together with other Ambassadors.

It is located in the city of Billund in Jutland region.

"The participation in the Ambassador's Day was also an opportunity to explore further the potential collaboration between Indonesia and Denmark in the educational sector," the Indonesian Embassy in Copenhagen (KBRI Kopenhagen) said in a press release on Wednesday.

According to the Indonesian Embassy, the Lego main focuses on improving the access to education for all the children around the world, in particular early childhood education, by developing the learn to play philosophy in order to develop creatvitiy, imagination and solution-oriented skills as a basic educational foundation for children.
(WAH)