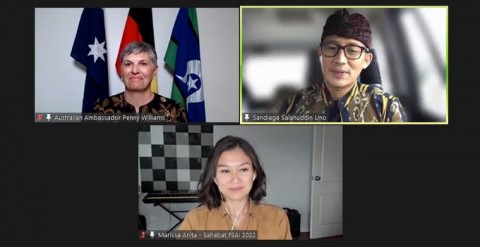 From February 19-27, Indonesian audiences will gain exclusive access to a diverse selection of Australian and Indonesian films available to stream online, free of charge.
BERITA TERKAIT

"This year’s festival is a true celebration of the creativity and expertise that resides within both Australia and Indonesia’s film, entertainment, and creative arts sectors," said Australian Ambassador to Indonesia Penny Williams in a press release on Thursday.

"As our creative industries recover from the impacts of the global pandemic, it is fantastic to see so many prominent experts from both countries coming together to promote film and support the next generation of filmmakers and artists," she added.

For those dreaming of a career in film, Sahabat FSAI 2022 and Australian alumni Marissa Anita will be hosting a series of live and interactive Q&A sessions and film masterclasses with top Australian and Indonesian film industry experts – covering animation, screenwriting, film production and more.