Inspired by Oprah, Melanie Subono to Built a Social Foundation 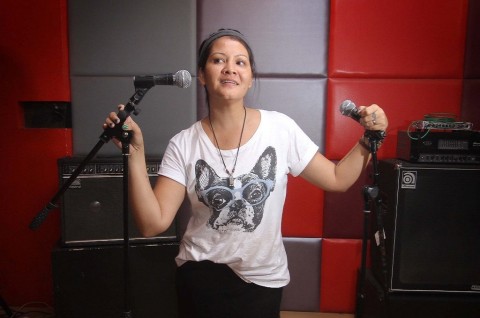 medcom.id, Jakarta: Inspired by the U.S. presenter Oprah Winfrey, who owns the Make a Wish foundation, Melanie Subono has an initiative to establish a foundation with similar concept. The name is Rumah Harapan (Wishing House).

"We're trying to fulfill the wishes of the impoverished ones," she said when met in Menteng, Central Jakarta, Tuesday (8/18/2015).
BERITA TERKAIT


Melanie continued that her social foundation is different with other foundations. Rumah Harapan does not have permanent members, but applies structured activity planning,

"It is a spontaneous project, as I did not think that I would do such social activity. We don't have any base camps. So the communication goes through social media, through a fan base I made. My duty is to provoke fans in conducting something useful for others," she deliberated.

Positive response flooded in, as the foundation reached its ninth year.

"There are actually lots of good people in Indonesia. They only needs a way and facility to distribute their kindness," said the woman who often raises social issues.

Aside from 'provoking' fans, the 38-year old woman also has a unique way to gather donations. She loves to collect toiletries from the hotels she stayed in.

"When staying at a hotel, I always bring the toiletries provided, such as soap, shampoo and toothpaste. It is good when it is collected, we can donate it to those in need. I have also taught that to my fans," she explained.