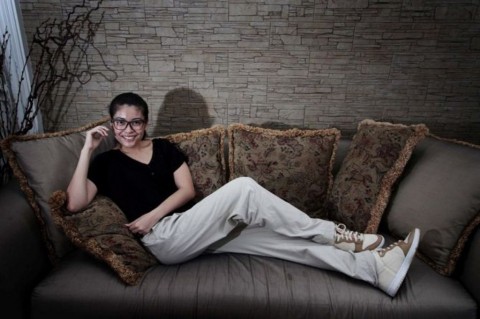 Sigi Wimala (Photo: Media Indonesia)
medcom.id, Jakarta: Teenager age is a time where everything is unstable. The urge of becoming center of attention often pushes teenagers of making mistakes.

Sigi Wimala, for example. The model and movie star was obsessed of being skinny in the age of 17. She often did many diets to reach her ideal body.

"I used to think that if I want to be slim, I diet. I was a yoyo dieter. But the most extreme part was taking weight loss pills," she admitted when met at Grand Indonesia, Central Jakarta, Tuesday (10/6/2015).

The 32-year-old actress felt the negative effect of her wrong diet pattern. She then decided to stop the diet.

"My body weakened, skin was not tight due to the sudden weight loss. Lots of stretch marks as well," she mentioned.

Realizing that diet was not a healthy way of losing weight, Sigi chose to exercise. From the age of 25, she began cycling.

"If compared, being slim based on exercise and diet is different. Slim due to exercise would result in prettier look. The face can also glow more and looks younger," she explained.(FJR)