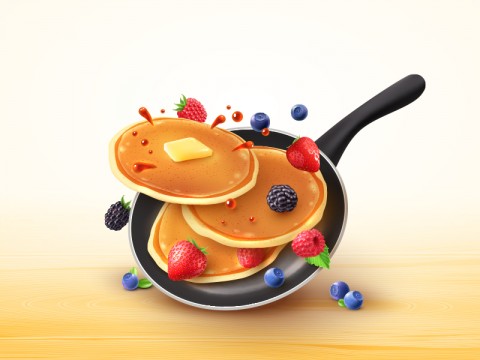 The event was a celebration of Indonesian Cuisine and especially one of its most beloved food, Chicken Satay.
BERITA TERKAIT


Welcoming summer, gastrodiplomacy is at the forefront of Indonesian Diplomacy in Chicago.

Taking place in downtown Chicago, the event attracted myriads of Chicagoans, all appeared to be excited to partake in Indonesian Gourmet Day.

Some were regulars, some came especially for the event, enticed by special promotion heavily featured in social media platforms and the good ol' word-of-mouth.

Chicago food scene is amazingly diverse and Indonesian food deserves a place among them.

Among the crowds, there were several food bloggers with professional equipment, busy taking Minahasa food from multiple angles.

Minahasa Owner, Tasya Hardono said that she is extremely happy and amazed by the turn up.

"We were a bit worried since we are still in the middle of pandemic, but the number speaks for itself. The fact that most customers are Americans make things even better. We want Chicagoans to know and love Indonesian Food," said Hardono in a press release issued by the Indonesian Consulate General in Chicago.

Tasya Hardono also stated that she took a risk when she decided to open the restaurant earlier this year.

"It was a calculated risk. If you have a dream and people are not laughing at it, you don't dream big enough. Since vaccine has been introduced since January, I was sure that things will go back to normal and today is the proof of my conviction," she stated.

Indonesian Consul General in Chicago conveyed how proud he was of the success of Minahasa.

"The success of this event is in line with our mission to introduce Indonesian food to broader American audience," the Consul General stated.?