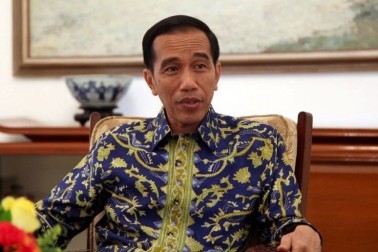 "The progress has reached 86 percent. I hope it can be completed by the end of this month. I think it will be operational in July 2019," President Jokowi told reporters after the inspection.
BERITA TERKAIT

Soekarno-Hatta is the busiest and most congested airport in Indonesia. Its annual passenger growth is approximately nine percent.

According to reports, the runway expansion will increase flight volume to 120 take off-landing in one hour now 81. Meaning, the project will boost fligh volume by around 50 percent.

Regarding the planned construction of Terminal 4, the constrution is expected to be commenced in 2021. Based on a study from the government, the project can significantly improve Soekarno-Hatta's capacity.

"We have prepared the design. I hope we can start the contruction of Terminal 4 in 2021. It will take around three years. With Terminal 4, the capacity of the airport can increase to 110 million passengers," President Jokowi noted.

Seasonal factors at the beginning of the year as well as the impact of weaker-than-expected global economic gains contributed to the moderate economic downturn in Indonesia.

Economic growth in the first quarter of 2019 was primarily driven by domestic demand on the back of consumption by non-profit institutions serving households (NPISH) and households.