Ministry of Trade Aims to Increase Exports to Poland 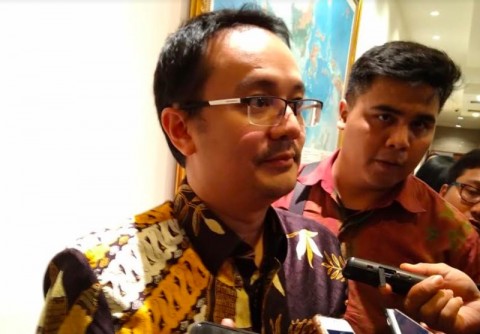 Deputy Minister of Trade Jerry Sambuaga. Photo: Antara
Jakarta: All Indonesian representatives within countries in Eastern Europe and Central Europe will continue to be invited to collaborate in order to improve export performance. Promotion needs to be done more effectively so that superior products from Indonesia can be well received by the local community.

This was conveyed by Deputy Minister of Trade Jerry Sambuaga when meeting the Indonesian Ambassador to Poland Siti Nugraha Mauludiah at the Ministry of Trade office, Jakarta. According to Jerry, he is very interested in increasing exports to non-traditional countries.

"Poland, one of the member countries of the European Union, they are a non-traditional market which has the potential to be developed for Indonesian exports," Jerry said through his written statement on Friday, January 17, 2020.

Poland has a population of around 35 million with economic growth of 4-5 percent. An increasing middle-class society also becomes Poland's potential as a nontraditional market for Indonesian products. At present, several Indonesian products that are in demand in Poland include instant noodles, coffee candy, batik, furniture, coffee beans, and palm.

The Deputy Minister of Trade conveyed, at present, the trade value of Indonesia and Poland is recorded at USD 600 million. Apart from direct trade between the two countries, Indonesian products enter Poland through Germany, Hungary and other Western European countries.

"By increasing direct trade, Indonesian products will be more competitive in the Polish market," he explained.

In this meeting, the Deputy Minister of Trade also invited the Indonesian Ambassador to Poland to carry out a positive palm oil campaign in Europe. In addition, the Ministry of Trade's plan to also participate in the World Coffee Expo Warsaw 2020 exhibition to increase Indonesian coffee exports.