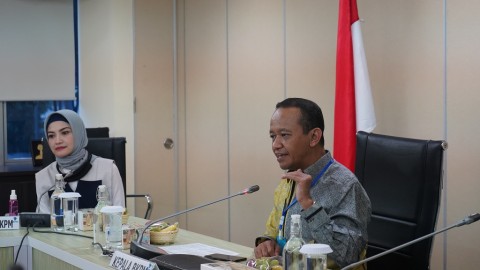 "The value of the stalled foreign investment has reached Rp708 trillion. Some 75 percent of it has been settled. We are targeting to solve the remaining figure in 2022," he said at a virtual event on the realization of the 2021 investment here on Thursday.
BERITA TERKAIT

If the investment is still not realized, the government will cancel it and consider the investor as not serious, he added.

The stalled investments that have been realized include those made by South Korean petrochemical company Lotte Chemical Corporation for building a petrochemical factory complex in Cilegon city, Banten province, he informed.

In addition, a joint venture between Indonesian oil and gas enterprise PT Pertamina (Persero) and Russian oil and gas company Rosneft Oil Company has been realized, he added.

"In the second quarter, Lotte’s factory complex will start to be constructed. Furthermore, the collaboration between Rosneft and Pertamina has begun to be realized. Several other investments have also been running," the minister said.

The investment realization for the Tanjung Jati A steam-electric power plant (PLTU) project has been completed, he added.

However, although the permit has been obtained,  the project has not been operationalized since one of the investors wants to change the agreement, he said.

"The investor wanted to change the project from coal-fired PLTU to gas-fired PLTU. However, we do not want to agree to the proposal," he stated.

It is because the state is the one that has the right to control the entrepreneurs as long as they obey the state’s rules, he emphasized.

"Since the beginning, I have stressed that the state must be sovereign. Thus, we cannot accept if any company suddenly wants to change the final deal. We have to be fair," he remarked.

The Tanjung Jati A PLTU project will have a capacity of 1,320 megawatts, he noted. It has been built by a consortium of Indonesian corporation Bakrie Group and Malaysian energy company YTL Corp Bhd’s subsidiary YTL Jawa Energy, he said. The Malaysian company is the one that wanted to change the deal, he added.