Jakarta Govt to Sell Its Shares in Beer Company in 2020 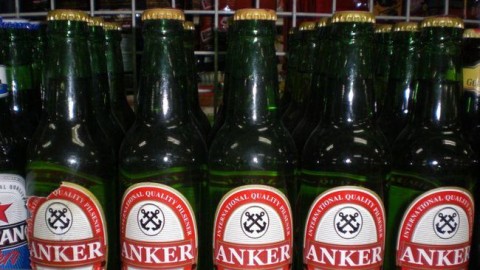 “It is expected to be sold by 2020, so we will longer receive the dividend.” the Jakarta Region-Owned Companies Adivsory Council acting head Riyadi said here on Monday.
BERITA TERKAIT

He also stated that that the regional government is still committed to selling the shares. It has been asking for the Jakarta Legislative Council's permission to implement the policy.

“The process is on going. We have completed our internal assessment,” he said.

Jakarta Anies Baswedan hopes that the sale of the Jakarta government' shares in Delta Djakarta LLC., can be completed in the near future so the regional government will no longer receive dividend from the beer company starting in 2020.

“Hopefully, the sale can soon be completed. Next year, we are no longer going to receive
dividend gain from PT Delta Djakarta,” the former education minister said.

The plan was one of his campaign promises during the Jakarta Gubernatorial Election back in
2017. However, the move has been heavily criticized due to the fact that the dividend from the beer company is numerous compared to other region-owned companies. (Translator: Muhammad Gestinev)