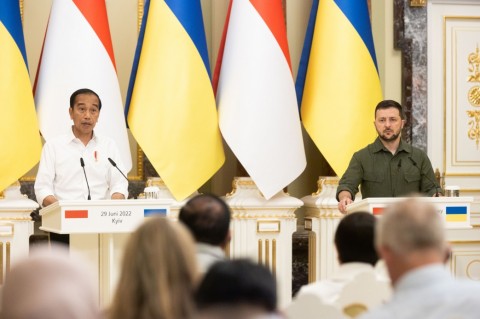 First of all, attention was paid to lifting the Russian blockade of Ukrainian seaports and resuming the export of domestic agricultural products in full.
BERITA TERKAIT

According to Zelenskyy, Russia is blackmailing the world with hunger.

"It blocked the supply of food from Ukraine, which played a stabilizing role for the world market," Zelenskyy said in a joint statement to the media after the meeting.

"Tens of millions of tons of grain from Ukraine should reach consumers, in particular the people of Indonesia," he stressed.

The leaders also discussed the prospects for post-war reconstruction of our state.

"I invite Indonesia, Indonesian companies, specialists to join the implementation of this project - the largest economic project of our time in Europe," said Zelenskyy.