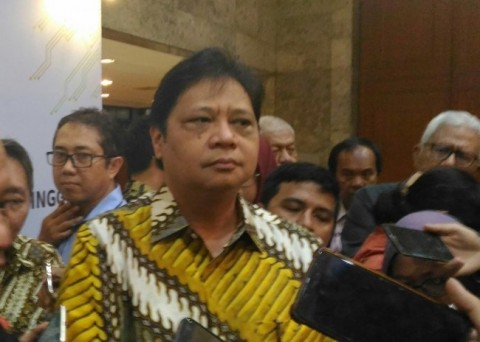 "Four percent of them will have to work in the manufacturing sector and the rest in related industry services. This is also our momentum to enjoy the demographic bonus period until 2030,” the Functional Group (Golkar) Party stated on the sidelines of the First Apple Developer Academy Graduation Fair in BSD City, Tangerang, Banten, on Tuesday, March 12, 2019.
BERITA TERKAIT

Another potential is that Indonesia, currently, has 30 million people who will become consumers of e-commerce, including those who sell and buy products using digital technology.

In fact, the potential market value is projected to continue to grow, from the current value of US$8 billion to $20 billion in 2022.

"This is a chance for all Apple academy graduates to win the market," the minister remarked.

The minister expressed hope that besides being able to increase the domestic market, it could also expand to the export market.

According to a report from the Central Statistics Agency (BPS), Indonesia's gross domestic product (GDP) grew by 5.17 percent in 2018. It was Indonesia's highest annual growth in five years.

Indonesian economy grew by 5.18 percent in the fourth quarter of 2018. It was slightly stronger than earlier expectations.

In the meantime, the country's poverty rate stood at 9.66 percent in September 2018. It decreased by 0.46 percentage point compared to September 2017.