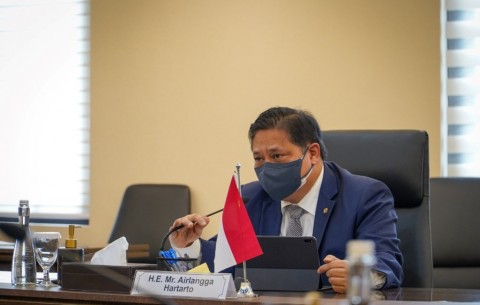 "Currently, the government's efforts are to immediately procure and distribute vaccines in large quantities and immediately vaccinate livestock. With this, it is hoped that herd immunity can be achieved soon," Hartarto remarked.
BERITA TERKAIT

The first FMD vaccination was conducted on June 14, 2022, in Sidoarjo, East Java, he remarked, and the subsequent steps would be the administration of two basic vaccinations at an interval of one month as well as a booster vaccine every six months.

At least around 28 million priority doses of vaccination are required, and currently, million doses have been imported, of which 0.8 million doses were in the procurement process, while the other 2.2 million were under the budget refocusing process.

"To meet the needs of 28 million doses until the end of 2022, among others, the government will work with private importers with the vaccines, (conducted) under control and supervision," Hartarto remarked.

"We have to consider a broader condition, not just for the matter of prevention but also looking at the consequences because livestock is an asset. Hence, if the FMD issue is not resolved, it will be an invaluable loss, especially for small-scale farmers," he stated.

The government has decided to utilize the state budget, regional budget, and other sources of funds to act on the plan to provide compensation for farmers, especially small-scale farmers, whose livestock died of FMD or which had to be forcibly slaughtered.