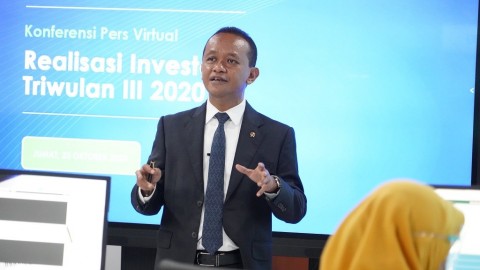 Jakarta: Indonesia will have produced electric cars no later than May 2022, according to Investment Minister, concurrently Head of the Investment Coordinating Board Bahlil Lahadalia.


"Alhamdulillah (all praise to God), the first phase for the manufacture of electric cars, for which we signed an agreement in November 2019, had begun in 2020 amid the pandemic. Thus, in 2022, at the latest in May, Insya Allah (God willing), production will commence, and the cars have been patented," the minister said as broadcast on the Presidential Secretariat’s YouTube Channel.

Furthermore, he informed that the production of electric cars was an investment by the Hyundai Motor Group worth $1.55 billion, or equivalent to Rp21 trillion. Although the covid-19 pandemic has surged since 2020, the South Korean company is still able to realize its investment.

The Hyundai Motor Group has formed a consortium comprising the Hyundai Motor Company, KIA Corporation, Hyundai Mobis, and LG Energy Solution that cooperate with Indonesia Battery Corporation to build the battery cell factory, with a total investment of $1.1 billion.

The factory is planned to have a production capacity of 10 gigawatt-hours (GWh) that will supply the electric vehicles produced by Hyundai.

Lahadalia stated that construction of the factory is part of an integrated electric vehicle battery project plan worth $9.8 billion, or equivalent to Rp142 trillion, under an agreement signed with South Korea.